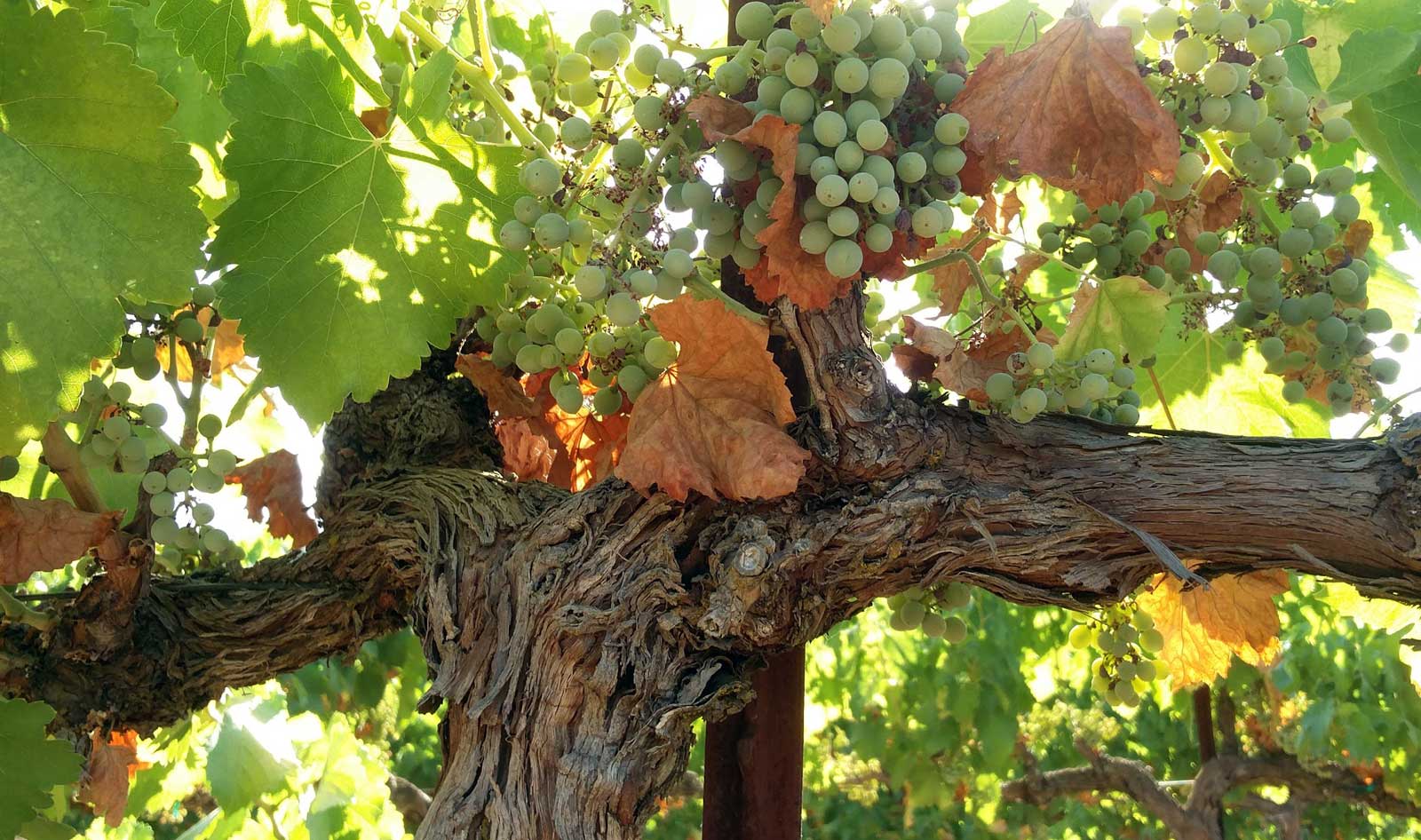 Love Ranch Vineyard is a bit of a love story for Ramos Torres. This new estate vineyard is owned by Steve and Diane Love and farmed by Ramos Torres. The vineyard is planted to Rhone varieties to which it is perfectly suited. Love Ranch Vineyard is a true gem and we are quite happy to have access to such great winegrapes. By having full control of this fruit source, we are able to farm it in a sustainable way that allows the terroir to express itself to its utmost potential.

This vineyard was established in 1994 in what is now the Madera American Viticultural Area. The Madera AVA covers quite a large area and about 38,000 acres of grapevines. A very small portion of the Madera appellation is in a sub-region locally known as the Madera Foothills. The Madera Foothills are located south of the Yosemite National forest and are characterized by soils and climatic factors that differ from the rest of the region, which sits on the floor of the San Joaquin Valley. This is a relatively undiscovered region and it is producing great winegrapes. Only a few vintners have discovered this promising growing region.

When Ramos Torres found this vineyard, it was immediately apparent that this wonderful site held promise. The soil was right, the climate was right, and the varieties were right; all it needed was a leg up. As Oscar stepped out of the cellar and into the vineyard, he found he needed to replant a large section of Syrah that had died. In addition, there were many other sections of the vineyard that were struggling. A farming plan was put together for the ranch, including a new regime of sustainable vineyard management that would ensure vine health and wine quality for the future.

In 2012, a small nursery was created to propagate new healthy vines from scion wood already present in the vineyard. Some sections had been severely damaged and proved too great a demand for the small nursery to provide it with planting material. We decided to supplement with vines from an outside nursery to cover our needs. Oscar saw this as an opportunity to add the varieties Grenache Blanc and Counoise to the vineyard mix resulting in a total of 8 different Rhone varieties. These varieties were originally imported by Tablas Creek and propagated by Novavine Nursery. Even though the 2012 and 2013 vintages proved challenging, the new vines are doing very well and we are eagerly awaiting their bounty in the coming years. Love ranch was originally planted to six varieties, which we increased to eight. We will be adding more soon! 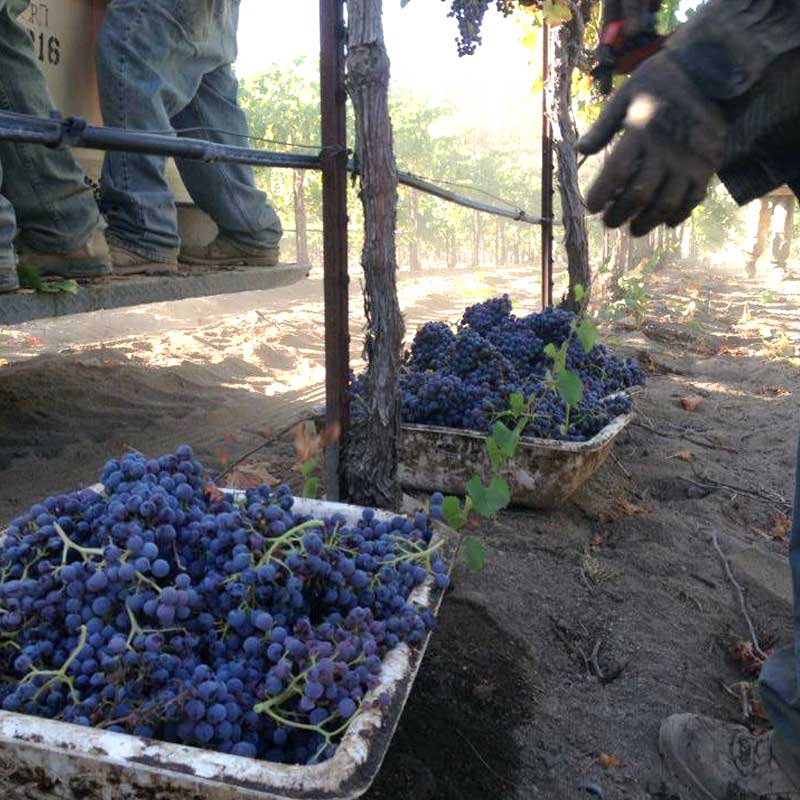 We take great pride in our sustainable winegrowing practices that we employ at Love Ranch Vineyard. With the use of regulated deficit irrigation and by studying the latest research, we make the most of our greatest resource, water. Our irrigation needs are very tightly managed. Not only do we allot water to scrupulous necessity, but irrigation is exclusively applied when it can be used most effectively. By using a minimal amount of water, we can control vigor in the vineyard and maintain healthy vine balance. Yields are also kept low so that the wines have intense flavors and aromas. Various tasks are performed by hand in the vineyard by expert vineyard workers with a meticulous work ethic. In the spring, we perform shoot thinning, which allows air to move through the canopy and reduce the need for fungicide applications along with managing the crop level. In late spring we pull the basal (lower) leaves on the morning sun side of the vine to expose the fruit. This helps to express ripe fruit character and intense color in our reds. 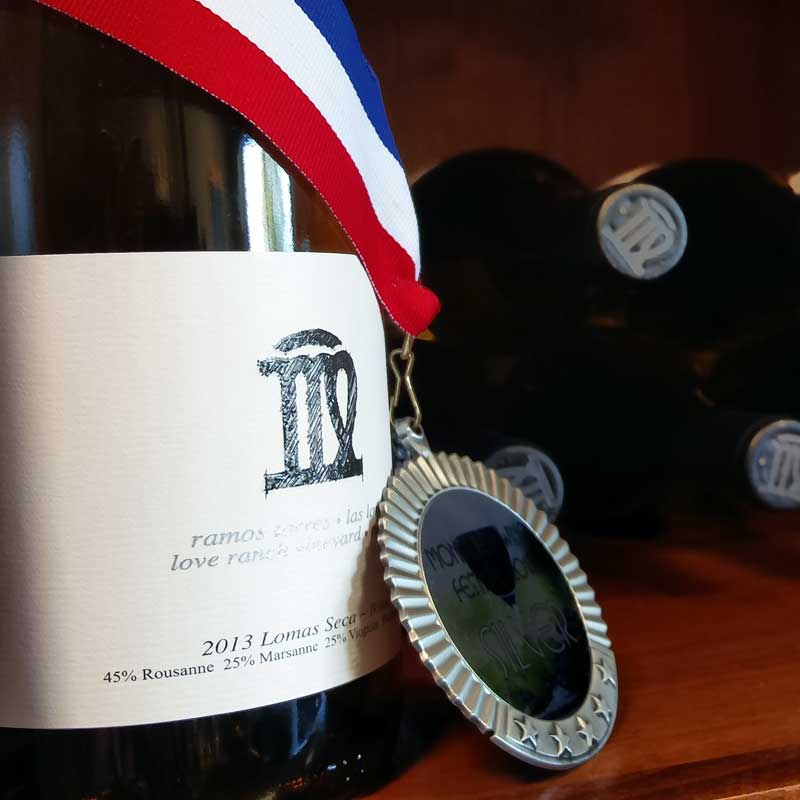 Birthed from the winding plains of our Love Ranch Vineyard comes a new series Rhone style wines called Las Lomitas. Las Lomitas means little hills in Spanish and refers to the sweeping slopes of the Madera Foothills. This label is dedicated to wines grown on the Love Ranch Estate and this series of wines will be limited to Rhone blends and Rhone varietal red and white wines. To set this label apart from some of our others, you will see the Ramos Torres insignia above “las lomitas.” We have also decided to give our customer a bit more information about the wines on the labels themselves. Our objective is to showcase the Love Ranch Vineyard and with this new line of wines, we hope to bring you closer to the vineyard.